Here are two sketches I did while waiting for stuff to render at work. 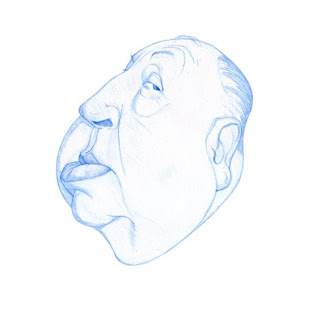 Hitchcock. Love this man. He had patience in his films, which is exactly what most films today lack. Most films today are really long frenetic commercials. Without silence you have no noise. 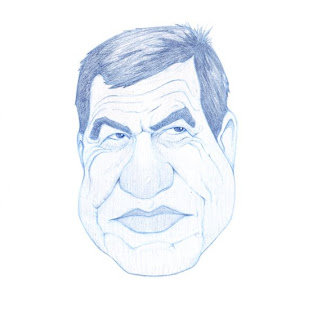 John McTiernan. Predator and Die Hard changed my life. I was so captured by these films when I was young, so pulled into the world, that I had to figure out how he did it. No one moves the camera like McTiernan. I really want to have him over at my place to grill him a slab of beef and chat film.
Posted by Bryan Lefler at 9:37 AM

I'm just catching up on blogs this morning. I can't think of what I've been doing lately that has kept me from seeing blogs, but that must be over now.

These are great... I especially like the Hitchcock one because I know him better. We meet for lunch on Tuesdays. Actually I mean I know what he looks like better. Great sketches, sir. You're the man.

I concur, that Hitchcock is especially cool. I think the shapes are very appealling.

Great hitchcock mug! I love his aloof expression and that fat shelf lip.

Nice sketches!! I also love those figure drawings below.

I really liked this part of the article, with a nice and interesting topics have helped a lot of people who do not challenge things people should know.. You need more publicize this so many people who know about it are rare for people to know this... Success for you.....!!!

can i bookmarked this so fascinating topic? thanks


I found the best Seating Restaurant